The Clark Cougars battled Brandeis to a 0-0 tie. The offense was able to move the ball and got inside the Bronco 20 yard line several times but could not find pay dirt. Chris Martinez had several good runs but the offense stalled on the drive. The defense played well and foiled the only scoring 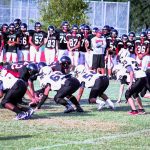 On Friday September 30th the Clark freshman played host to the Stevens Falcons in the first zone contest of the year.  Both teams played hard fought games versus a talented Stevens freshman squad, with the A team shutting out the Falcons 14-0, and the B team narrowly losing a heartbreaker, 16-14.    The first game 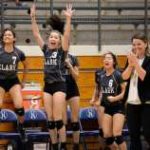 http://www.mysanantonio.com/sports/high_school/high_school_volleyball/article/Cougars-claw-past-Broncos-in-28-6A-action-9708951.php   Congratulations to the freshmen, JV and varsity volleyball players on their huge victories over Brandeis Tuesday night! Good luck to the girls on Friday night vs. Warren. Varsity plays at 7pm at OConnor. 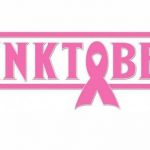 http://stevelorenz.zenfolio.com/2016varsityfootballvsstevens Mr. Lorenz had the opportunity to take some pictures during the first half of the Varsity Football game last Thursday. He encourages you to download full resolution pictures from the site if you would like – you  are welcome to use them however you wish. If anyone experiences difficulty, you are welcome to contact him.

District play starts tonight for the cougar football team.  The Cougars finished non district play with a 2-3 record.  Clark faces a familiar foe tonight.  They have played Stevens 4 times in the last two years.  Stevens beat Clark the last two years in the zone playoff game. Those loses prevented the Coogs from reaching 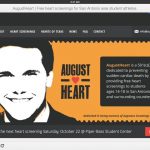 The JV beat McCollum 32-14 to stay perfect on the season. The offense had another great showing led by running back Chris Martinez. Martinez not only rushed for 3 touchdowns and scored 2 2 pt conversions but also threw a touchdown pass to Kameron Lewis. Also scoring for the Cougars was Caleb Garrett with 1